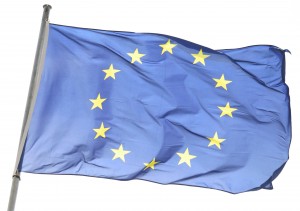 Both the European Parliament and the Economic and Social Committee have issued their Opinions on the Proposal for a Council Directive to co-ordinate the laws of the Member States relating to (self-employed) commercial agents, which was presented by the Commission to the Council on 17 December 1976 In order to take account of these Opinions the Commission has amended its Proposal for a Directive pursuant to paragraph two of Article 149 of the EEC Treaty.

The Opinions of the European Parliament and of the Economic and Social Committee express similar views. While recognising the need to give real protection to commercial agents, both Opinions were critical of the lack of flexibility of the Proposal for a Directive and the excessive burdens which some of its provisions would have imposed upon the principal. Too much protection could well be detrimental to commercial agents if principals ceased to use them because they had become too expensive. In addition, small and medium-sized businesses might be seriously impeded in their attempts to develop their markets.

II. COMMENTARY ON THE ARTICLES

Reflecting the Opinion of the EP the last sentence indicates clearly that the commercial agent acts independently. The same point is made in Article 5(2)(f).

As requested by the EP the Directive will not apply to part-time commercial agents concerned mainly with mail-order sales. This exclusion is intended to cover particularly those agents who collect group orders. Very often these agents are married women with families. The Commission has also excluded all other part-time agents. Most part-time agents are involved in the mail-order trade and in point of fact there is ho reason to treat the others any differently, particularly as their activities are of limited scope and do not normally extend beyond their own national market. No definition is given of „part-time”, for practice varies from country to country. Accordingly the amended Proposal mentions specifically the practice prevailing in the State in which the intermediary habitually carries on his activities; thus it adopts a direct connecting factor.

The Commission does not, however, agree with the EP that agents in the aviation sector should be excluded from the scope of application of the Directive. It was explained during various meetings that the exclusion would relate to the sale of airline tickets by travel agencies. The modifications to the original text having reestablished greater freedom of contract (see article 35 in particular), the exclusion of this activity is no longer justified.

The first paragraph has been deleted in view of the fact that Article 3 has been amended.

In the second paragraph the new provision in subparagraph (a) deals with one of the most important obligations of the agent, as requested by the EP. In subparagraph (b) the words „at all times” have been deleted. They added nothing to the text; nor would the expression „in good time”, which was suggested by the ESC. Subparagraph (d) has been changed in some of the language versions to make clear, in accordance with the wish of the ESC, that the obligation is to keep proper accounts.

As desired by the EP and ESC, the divulging of business secrets is not permissible in any circumstances; but they may be turned to account in certain circumstances.

Paragraph three has been deleted as Article 7 is not mandatory (see Article 35).

Paragraph three has been added at the request of the EP to enable the principal to intervene in the action.

A drafting improvement suggested by the EP has been adopted in paragraph 2(b).

In accordance with the wish of the EP, part of the remuneration may be satisfied in kind. In other respects the drafting of the Article has been improved.

Subparagraph (b) of the first paragraph provides that where the transaction is concluded with a third party by a person other than the agent, the agent is entitled to commission provided the third party was previously acquired as a client by the agent for transactions of the same kind. This should meet the wishes of the EP and of the ESC.

As regards transactions which are entered into after the contract of agency has come to an end, the agent is entitled to commission if the preparatory work was done by him and the transaction was entered into within a reasonable period after the contract came to an end. To make it quite clear that the second condition applies to each of the two preceding situations the matter is contained in a paragraph of its own (paragraph two).

As requested by the EP the text now provides that the parties are free to fix the period themselves, provided, of course, that it is reasonable.

The EP preferred that in paragraph two (b) the commission should be expressed to be due if the third party fulfilled his obligations under the contract (in place of the original wording „……. the third party has performed his part of the transaction.”).

The fourth paragraph has now been split up into three subparagraphs and these are set out in the sequence requested by the EP.

The fifth paragraph has been transferred to Article 18(1).

There is a drafting change which is due to the amendments made in Article 5. (See Article 16(1)(a)).

The words „Unless otherwise agreed” have been deleted, for this Article is not mandatory as between the parties (see Article 35).

Paragraph one now consists of the former paragraph five taken from Article 15. This gives effect to the EP’s wish that Article 18 should contain all the provisions dealing with the agent’s right to be supplied by the principal with full information concerning the amount of commission due to him. Paragraph three had to be adapted because paragraph one, which is new, has been inserted. In addition, the provisions on confidentiality of business secrets have been extended to cover the cases dealt with in paragraph two as well as those in paragraph three. This reflects the wishes of the EP.

The ESC requested that this Article be recast. This has been done and the Article now deals with the case where the agent’s activities are limited as a result of the principal’s conduct. Paragraph one now speaks of the agent’s right to indemnity, not to his entitlement to remuneration.

Paragraphs two and three have been amended so as to make provision for the amount of the indemnity to be calculated.

The EP preferred that this Article be deleted. The amended text of paragraph two is based on the text proposed by the Legal Affairs Committee of the EP. At the end of the third paragraph it is now specified that the separate commission to which the agent is entitled shall become due at the time when the relevant transactions are agreed upon.

As requested by the EP and ESC this Article has been deleted. It is considered to be inconsistent with the position of the agent as a self-employed person that he should, in the insolvency of the principal, or in the event of levy of execution or assignment of debts, be treated as if he were an employee.

This Article is not included in the list of mandatory provisions set out in Article 35. Accordingly the words „Unless otherwise agreed” have been deleted.

In certain circumstances the parties have the right to terminate with immediate effect. Paragraph one (a) now takes account of the views of the EP and ESC by providing that the contract may „be terminated not only „because of some serious fault on the part of the other party but also „because he behaves in such a way that his conduct is seriously inconsistent with his obligations under the contract.

As requested by the-EP, paragraph two now contains a further obligation on the part of the agent, namely that when exercising his right of lien he shall maintain the principal’s movables and other property in good condition.

Paragraphs two, three and four, which deal with the goodwill indemnity and specify the conditions in which it arises, have been amended so as to take into account the wish of the EP and ESC that the burden imposed upon the principal when the contract comes to an end should be reduced.

In paragraph two the provision relating to one-tenth of the annual remuneration for each year of the life of the contract is now no longer a minimum. The “one-tenth” provision will apply in normal circumstances. The second sentence of paragraph three permits of derogations from that method in certain cases.

In paragraph three the maximum amount of the indemnity has been reduced from two to one year’s average annual remuneration.

Subparagraph (c) has been deleted in consequence of the amendment of paragraph four of Article 30.

As requested by the ESC a new paragraph seven has been added to deal with the principal’s right to be paid damages where the agent acts in breach of the agreement restricting competition.

This Article indicates the cases in which the parties can derogate from certain provisions of the Directive. It now further permits derogation where a company has an annual turnover in excess of 500.000 EUA. The EP took the view, and is no doubt right, that in such cases the agent’s economic position should not necessarily attract the full range of protection contemplated by the Directive.

In paragraph one the limitation period is reduced from four to three years. This gives effect to the EP’s view that the parties should not be under obligation to conserve means of proof for too long a period of time.

Paragraph two has been retained notwithstanding the ESC’s view to the contrary. However, for the reasons set out above, the relevant period has been reduced from ten to five years.

This Article lists the provisions from which the parties are not allowed to derogate if the derogation is detrimental to the agent. The ESC considered that this Article „is of fundamental importance” because it “determines how far the parties can carry the principle of freedom of contract in commercial agency contracts”.

The EP considered that the list was too long and „makes the Directive too inflexible”. The list has accordingly been shortened so as to allow greater flexibility. Eleven provisions which were compulsory are no longer included among the compulsory provisions and one provision (Article 24) has been included so as to avoid any misunderstanding. It may be that the extent of the reduction will be thought insufficient but it should be borne in mind that any increase in the extent to which freedom of contract is allowed must have the effect of curtailing the protection available to the agent.

This Article deals with the bringing into operation of the Directive by the Member States. It adopts the wording used in other Proposals for Directives The new wording avoids the problems which may have arisen as a result of setting fixed dates.

In paragraph one, to make the meaning clearer, words have been added to the effect that the new national laws adopted in this field will apply immediately to contracts which are current at the time when those laws enter into operation. This is considered desirable from the point of view of the agent.